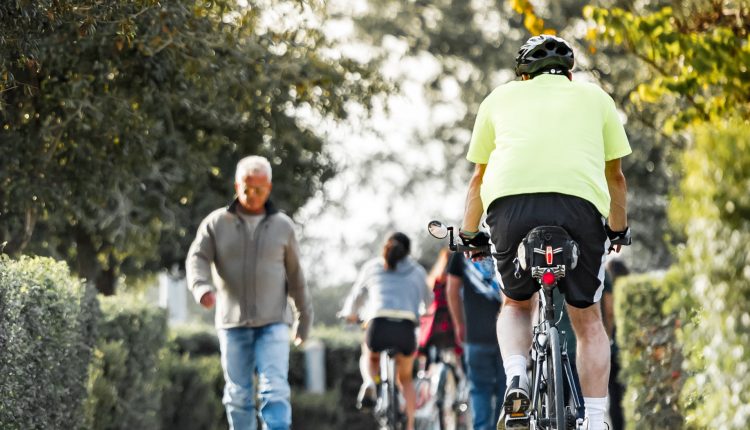 We all need some outdoor exercise at this time, but a new report suggests that amateur athletes might be spreading infection

A study conducted by a Belgian-Dutch research team concludes that runners and cyclists are in danger of spreading Covid-19.

The study, led by Bert Blocken, a professor of building physics and aerodynamics at the Universities of Leuven in Belgium and Eindhoven in the Netherlands, says that the 2m social distancing rule is dictated by the fact that droplets of moisture exhaled by people infected with coronavirus fall to the ground in a short distance.

But the study argues that the same is not the case for people in motion, such as cyclists and joggers, who can spread droplets 65 feet for bike riding at 18 mph, 33 feet for running at a 6:44 minutes-per-mile pace, and 16 feet when walking at a normal pace.

The study aimed to find out to what extent an athlete is exposed to the coronavirus when running or cycling in the slipstream of another. The team varied the positions of the walkers and runners, having one following directly behind the first, moving along side-by-side or following at a diagonal angle, models usually used to analyse and improve athletic performance since, in many sports, following in the slipstream of the athlete ahead of you has a positive effect on speed and reduces energy expenditure.

“When you walk or ride your bike and exhale, numerous droplets measuring only micrometers are emitted,” said Bert Blocken, explaining that for the purposes of the study, droplets were made visible using UV light.

“We had two people walk and run to see how far the droplets traveled towards the other person. If you get too close to the other person, you will get their droplets in your face,” he said. “This means that the person following the first would stand to be infected, if that person had coronavirus.”

Based on these experiments, Blocken and his team concluded that when taking part in sports, the 2m rule is not sufficient to protect against infection with the COVID-19 virus. Instead, they recommend a distance of at least four to five meters when walking in the same direction, 10 meters when running and cycling slowly, and at least 20 meters for faster movement.

Move to One Side

The report recommends that a jogger or cyclist move to one side well before overtaking another person so as not to get into the other person’s slipstream and droplets.

The team criticised the decision in France to limit the permitted distance athletes can travel from their residence when cycling or jogging to 1km for a maximum of one hour per day:

“This decision was not very wise,” said Bert Blocken: “It means that in the cities everyone has to train in a very small area and are probably very close together. This is the opposite of what you should do. You should let people go out – preferably to the countryside, so they can keep their distance and not run into too many other people.”

Bert Blocken said that the intention of the study was not to cause panic but to encourage awareness, pointed out that he and his colleagues are not epidemiologists, and have defended their decision to publish their findings before going through a peer review.

There’s very little recorded evidence from other sources of infection being transmitted outdoors, but the study has led to debate about the safety of outdoor exercise.