Allergies affect one in four people in the UK, but can early exposure help to reduce the climbing rates of allergy sufferers? 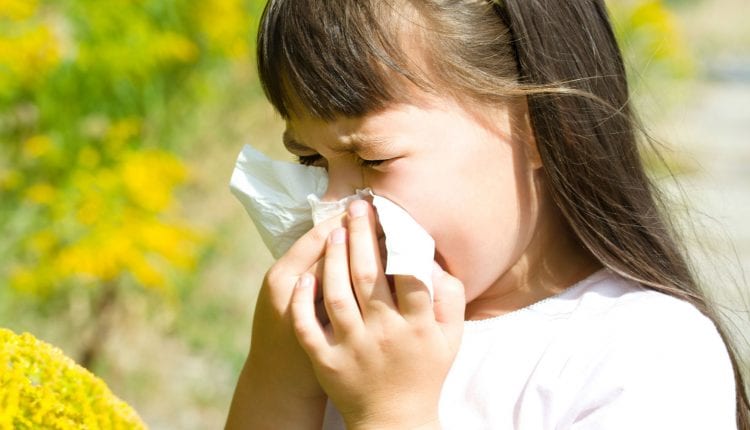 According to the World Allergy Organisation (WAO), the prevalence of allergic diseases worldwide is ‘rising dramatically in both developed and developing countries’. An allergy is a condition that is caused by a hypersensitive immune system, which is triggered by something in the environment. Triggers refer to allergens and they can include food such as peanuts, eggs, gluten or shellfish, along with pollen, dust mites, pet dander, mould spores and penicillin—a commonly prescribed antibiotic. While most allergies cause mild symptoms such as coughing and sneezing, the occasional case will activate a more adverse reaction.

Recent guidelines from the US National Institute of Health suggest introducing peanuts and eggs to high-risk infants well before their first birthday in order to protect them from developing dangerous food allergies. High-risk babies (those with infantile eczema or a family history of allergies) should sample peanut-based foods as young as four to six months old under the supervision of a doctor.

Similarly, a study published in the Journal of Experimental Medicine suggests that the diet of mothers in the early stages of pregnancy can also determine whether a child develops certain allergies. Minute quantities of foods eaten by the mother can be transferred to her baby in the womb, driving later food tolerance. Currently, the results have only been yielded from mice. If it is shown to be true in humans, however, it could contradict previous advice once given to mothers to avoid highly allergenic foods during pregnancy and while breastfeeding.

Out of the Ordinary

The Skin You’re In