All You Need To Know About Solar Energy

As green energy becomes more accessible, many of us are looking to solar power to cut bills and improve our carbon footprint. Here’s what you need to know about making the most of solar energy 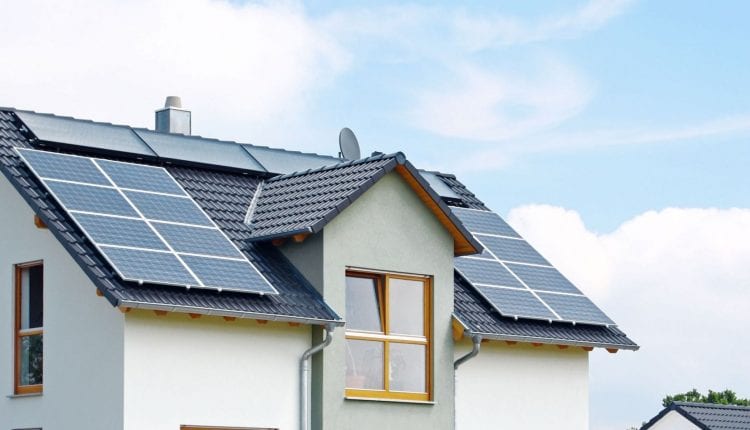 With climate change an increasing concern, governments around the world are investing more time and energy into renewable energy sources such as solar power. Where once solar panels were seen as a costly addition to a property, more and more people in the UK are now enjoying the benefits of harnessing solar power at home.

So how do they work?
Solar panel electricity systems—also known as solar photovoltaic (PV) cells—capture the sun’s energy. These cells convert sunlight into electricity that can then be used as power for your home.
The PV cells are made from semi-conducting material (usually silicon), so that when light shines on them they create an electric field across the layers. Although stronger sunshine will produce more electricity, the cells are still sensitive enough to provide power on a cloudy day.
The most effective way to harness solar power is through groups of PV cells mounted together in panels. This means most solar electricity systems are made up of these panels, which are usually placed on the roof to maximize sun exposure.

What are the costs and savings?
According to the Energy Saving Trust, the average domestic solar PV system costs between £5,000 and £8,000 including VAT. Depending on where you live in the UK, the amount of electricity generated will vary, but a typical system in the south of England provides around 3,800 Kilowatt hours of electricity each year- roughly enough to cover all your household needs. Though this is slightly less in northern England and Scotland, a solar PV system should cover over three quarters of your energy needs anywhere in the UK.
Not only will this save over a tonne and a half of carbon dioxide per year per household, it’s also been shown to provide an average saving of £65 annually on electricity bills.
On top of that, if (like most PV systems) yours is eligible for the government’s Feed-in Tariff scheme, so you could be paid over £600 a year for the energy you generate.
A word of warning, however, the government has proposed changes to their Feed-in Tariff scheme that will lower the financial rewards for installing solar panels from early next year. If you are already considering making a switch, it’s worth doing so soon to ensure you benefit from Feed-in Tariff rewards.

What’s the installation process?
So you’d like to go solar—now what? The first thing to look at is your roof itself. If it’s roughly south facing and largely unshaded, then chances are you’re a good candidate for solar panels. You’ll also ideally want it to be at a 15° angle or higher. This will provide good sun exposure and stop debris settling on the panels and reducing their efficiency. Your surveyor will be able to advise you further, but other key things to bear in mind include whether you’ll need planning permission (commonly a problem for older and listed properties,) and whether or not your insurance provider will cover the installation of the panels.
In terms of maintenance, PV systems should last over 25 years in most cases and require little upkeep. You’ll need to make sure the panels remain relatively clean, and carry out maintenance checks now and again. Your installer will be able to give you full details of the checks to carry out, and fault signs to be on the look out for.

Solar Tiles
If you have a tiled roof, then there might be the option to use solar tiles rather than panels. Many people prefer the appearance of these tiles—and they’re often handy for older buildings where panels are not considered appropriate aesthetically—but they’re also far less cost-effective than a panel system, so tend to be less popular. Discuss with your chosen provider to determine the benefits of this type of PV system.

Phil’s says …
‘Up to 70 per cent of energy needed to heat an average home’s water will be produced by about 6 to 8 square meters of solar panelling, saving about £180 a year in heating bills—but it could take a while to get your money back …’

Interview with Phil Spencer: A Passion for Property

Will the Property Market in England Take Off Now That Agents Are Back to Work?

What Benefits does Filtered Water have on Health and the Environment?