A World of Pepper

We learn all about different types of pepper with Steenbergs. 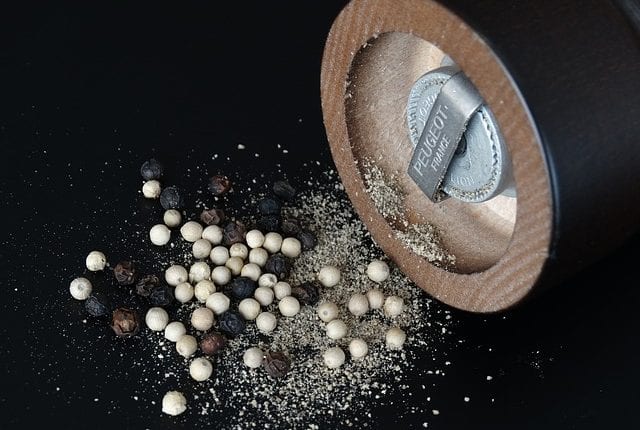 From records dating back as far as the ancient Greeks, to its continued prominence as the world’s most traded spice, pepper in all its forms has a colourful and fragrant history.

It is an essential spice in many parts of the world, forming part of the culinary culture of so many countries, as well as being rich in vitamins, minerals and antioxidants.

Not only are there many varieties of standard peppercorns but also ‘false’ peppers such as Long Pepper, pink peppercorns, Sichuan, Selim, mountain pepper and grains of paradise which are used to enhance dishes all over the world. Here are just a few of the countries from which peppers are sourced.

India. The home of the original peppers and still a major world producer, India is home to the excellent Tllicherry and Malabar black peppercorns, named after a port and the coastline in Kerala, southern India. These have a spicy, warming taste that is full of fruity citrus notes.

Indonesia. Producer of both the popular white Muntok peppercorns and the bold pungent Lampung black peppercorns from southern Sumatra, and ‘false’ peppers such as Cubeb pepper (Piper cubeba) a specialist Indonesian vine with a hot, pungent and sultry smoky flavour; Andaliman, a citrusy and mildly numbing pepper related to Sichuan; and Long Pepper (Piper retrofactum), the dried fruit of a flowering Indonesian vine with a sweet aroma but hot pungent flavour.

Cambodia. Home to the specialist Red Kampot and Red Long peppers. Red Kampot is a protected production area and has flavours of vanilla and candied citrus. Red long pepper has an exotic smoky scent and a sweet honey and slightly chocolaty taste.

Vietnam. The world’s leader in production of black pepper, producing 34 percent of the world’s production, followed by India, Indonesia, Brazil and China.  Much of its pepper is very average, but the rare Black Phu Quoc pepper is worth tracking down—fiery in heat with a sweet scent.

China. Growers of the prickly ash tree whose berries make the warm, fragrant Sichuan pepper that starts with a citrus and unripe cherry flavour and ends with a sherbet-like fizz.

Japan. Home to the Sansho pepper from the Wakayama province and similar to Sichuan.  It has a strong citrusy taste, hints of lemongrass, and an even stronger numbing aftertaste.

Tasmania. The native Tasmanian Mountain Pepperberry (Tasmania lanceolate) produces a ground leaf which has a mild peppery flavour and a very hot, pungent berry that is 10 times hotter than black pepper.

South America. Most pink peppercorns, which are not a true pepper, come from a native South American shrub, often grown in Brazil, with a milder flavour than black peppercorns.

West Africa. Producer of the hottest white pepper, Penja, from Cameroon. This region also produces ‘false’ peppers, such as the smoky Selim pepper from Ghana and Grains of Paradise, a rare type of cardamom with a piney taste used to flavour Belgian beers and Steenbergs’ Qalat daqqa spice blend.

Madagascar. The earthy, woody Voatsiperifery pepper (Piper borbonense) is wild-harvested in the tropical forests of south-east Madagascar. Voatsiperifery has floral woody notes and a peppery taste with hints of fresh citrus.

Pepper should be stored—as with other spices—in a tightly sealed glass jar, in a cool, dry environment. Once ground, the flavour diminishes so it is advisable to buy it as peppercorns and grind when needed. Sprinkle it on dishes to add instant flavour or blend with other herbs and spices to discover the true magic of this very impressive spice.

Steenbergs sources pepper in all its forms from carefully selected small producers all over the world. Many of the peppercorns are organic and its 4 Colour Pepper also bears the Fairtrade mark. Alongside the range of over 20 different peppers, Steenbergs hand-blends unique pepper mixes, including: Chilli & Pepper; English; Caribbean; West African; Shot Pepper and Venetian.

Read more about superfood spices for your health on Celebrity Angels.

What Jabs You Need When Travelling Abroad