A model of good health!

Discover why model, actress and TV presenter Linda Lusardi is feeling better than ever! 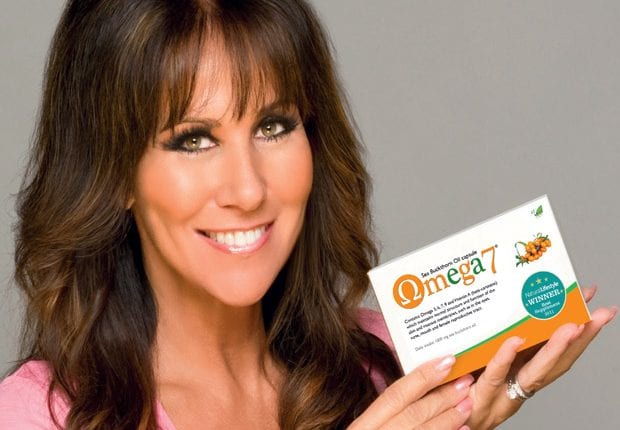 Best known for her work as a model in the 80’s and 90’s and more recently as an actress and presenter on stage, film and television, Linda Lusardi – wife to actor Sam Kane and a mother of two beautiful children – has never looked or felt better.

Linda’s career started at the age of 17 when she became one of Britain’s top models but her career has been as much about being an actress as it has a model.  Soap lovers will remember her as the ex-girlfriend of Tom King on the cast of Emmerdale in 2007 or for her role in The Bill as detective Don Beech’s estranged girlfriend Maggie Lyons. Her television career has also included presenting roles on Wish You Were Here, as host of a late night chat show on ITV called It’s Bizarre or as a presenter of her own fitness slot on GMTV.

Not limiting her roles to television, Linda has also walked the boards in many major theatres over the years, most notably as Eliza Doolittle in Pygmalion and Shirley in Funny Peculiar while her film credits include Snappers with Joss Stone and Olympus Force where she starred opposite Christopher Lee.

Being a wife and a working mother of two teenage children, Linda Lusardi is no stranger to the common challenge of juggling family and career.  But as a model, actress and TV presenter she has the added pressure of looking good all the time.

Living in the spotlight means Linda is scrupulous about keeping fit and well.  She exercises regularly and is careful about what she eats in order to maintain her diminutive, 5ft 4in figure. Her commitment has certainly paid off.  Now, aged 54, she looks as fabulous as ever. But it hasn’t always been this easy.

Despite taking control of her diet and fitness, Linda struggled with a common problem that made her life difficult for over ten years.  Dry eyes.  This affliction affects up to one in ten people in the UK and is caused by a variety of factors.  These can include environmental irritants, such as dust, pollution, artificial lighting, and air conditioning.  Cosmetics and medication can also trouble delicate eyes.  The popular solution is drops, but this a topical, symptomatic treatment, which can be messy and inconvenient.

“I wanted natural help for my dry eyes, which have plagued me for about 10 years.  I was tired of using drops and feeling uncomfortable.  I found out that other people with my problem use sea buckthorn oil to provide moisture from the inside,” Linda explained.

“My eyes felt dry and gritty most days, and also they would become red and sore.  It would flare up when  I was under artificial lighting, in air conditioned rooms or when I wore false eyelashes.  It also seemed to worsen after I had my two children.   I was forced to use eye drops every single morning.  If I ever forgot my drops, my eyes would be terrible all day and people would think I’d been crying!

“I took two capsules in the morning and two at night and I started to see an improvement in a fortnight.  After a few more weeks I was able to stop using my eye drops.”

Read more on prioritising your health

A gift from nature

Sea buckthorn oil is rich in beta carotene, vitamins and omegas 3, 6, 7 & 9.  The omega 7 fatty acids have been shown to help with lubrication through the body, protecting the internal organs as well as the  linings of the eyes, mouth, skin plus the respiratory, digestive and urogenital tracts.

“I know that you can’t get all the nutrition you need just from food, but I love how these hardy little berries are carefully harvested just like in ancient times, then gently processed to keep the oil pure.

“With the TV and photographic work I do, it’s important that my eyes look clear and healthy.  Omega 7 has helped me achieve that.  And, I am told, it is a “gift from nature” for middle-aged women.

“It’s no exaggeration to say it has been life-changing for me.  Sea buckthorn benefits so many other areas of the body that it is now a must in my daily routine.  I choose the original Omega 7 Sea Buckthorn Oil capsules because they’re researched and made to such high standards. I know my health is in good hands.”

“When I was a model I used to indulge in junk food and fad diets, but those days are gone.  I may be in my second half-century – something not easy to admit – but I’ve never felt better.”

The popularity of sea buckthorn oil continues to grow, but Linda hopes to raise further awareness of this natural substance, that could provide a helping hand to thousands of people just like her.

Linda is the perfect new addition to the growing list of Omega 7 supporters, which includes doctors, practitioners, menopause experts and pharmacists.