According to a Spanish study, sticking to a Mediterranean diet can help prevent depression 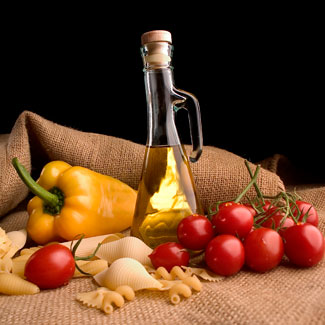 The Med-style diet – high in olive oil, fruits and cereals and low in red meat – is already thought to protect against heart disease, diabetes and cancer.
From a study of over 10,000 healthy adults over a four-year period, researchers found the risk of developing depression was more than 30 per cent less likely for people who followed a similar diet.
The study took place at the Universities of Las Palmas and Navarra, where researchers enlisted university graduates to take part. Their adherence to the Mediterranean dietary pattern was calculated after they had completed a series of questionnaires.
They took into account marital status, the number of children and factors linked to a healthy lifestyle but found the relationship remained the same.
Even taking account of personality traits, such as competitiveness and anxiety, had no effect on the results.
Professor Miguel Martinez-Gonzalez, of the University of Navarra, said that additional, larger-scale studies were required, but they had found a strong inverse association between the Mediterranean diet and depression.
“Thirty per cent is a large reduction in the risk and this could be very important considering the large burden of disease represented by depression. We know how important the Mediterranean diet is in reducing cardiovascular risk factors and the same inflammatory proteins are also raised in patients with depression.”
He also said it was likely that the overall dietary pattern was more important than the effect of single components and “may exert a fair degree of protection against depression.”

Brits still eat too much sugar

Come dine at mine