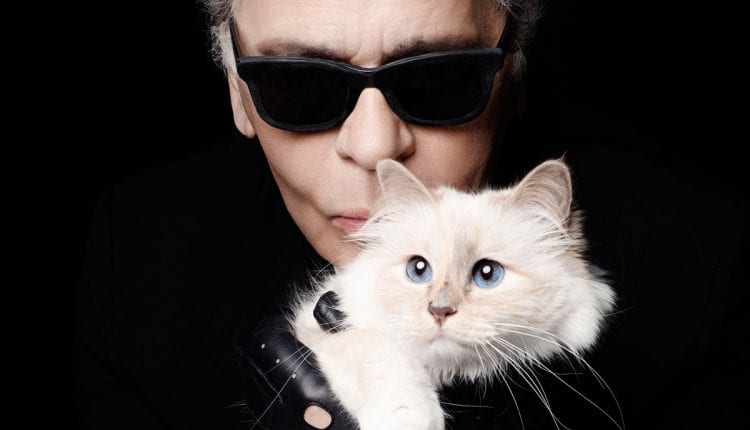 With the launch of Channel 4 show Celebrity Snoop Dogs, which looks at the lives of the rich and famous through the eyes of their pampered pets, we thought we’d take a look at some of the other lucky animals who share their lives with celebs – but which celebrity pet is a millionaire in its own right? – answer at the end!

Celebrity socialite, heiress and wannabe actress Paris Hilton practically invented the fad for ‘bag dogs’ with Tinkerbell, the chihuahua who she carried around for 14 years. Since Tinkerbell went to doggie heaven in 2015, Paris has paraded more pampered pooches, who have their own mini-mansion at home, featuring air-conditioning, heating, designer furniture, a balcony and garden views. Tinkerbell’s celebrity pet life included a week gone missing in 2004, which resulted in a reward of $5,000 reward being offered for her return.

He-man actor George Clooney had a reputation as a confirmed bachelor, but perhaps it was because the ladies were frightened off by his 300-pound celebrity pet pig Max. The Vietnamese potbellied pig was originally a gift of George’s to an ex-girlfriend (one can only imagine how she felt about it), but took over Clooney’s house, where he would “lumber over to the front door and lie down lengthwise over the welcome mat, completely blocking the entrance. He then grunted and squealed until someone brought him breakfast.” Max also insisted on sleeping in Clooney’s bed. As Clooney himself put it in an interview, “You get a lot of grief from people when you sleep with a pig.”

Gamine actress Audrey Hepburn was apparently so attached to her dog, the cleverly named Yorkshire Terrier Mr. Famous, that he appeared on set with her in a scene for the movie Funny Face in 1957. He accompanied her everywhere, to the point where he inspired a Yorkie craze in Hollywood. When Mr. Famous died in a traffic accident in 1962, Audrey was apparently so upset that her then husband, actor Mel Ferrer, made her a gift of another celebrity pet Yorkie, the exotically named Assam of Assam, which was photographed with her on the set of My Fair Lady in 1964..

Singer Elvis Aaron Presley had a whole menagerie of celebrity pets, but apparently his favourite was the chimpanzee Scatter. Scatter was a trained performer, originally belonging to showman Bill Killebrew, who taught him to lift girls’ skirts and pretend to drive a car. Elvis adopted Scatter and took him everywhere, until an unfortunate incident with a hotel maid in Flagstaff, Arizona prompted his retirement to Graceland, Presley’s Tennessee estate, where he remained for the rest of his days, tearing down the curtains and throwing, er, unmentionable things at guests. That’s Scatter, not Elvis.

Late designer Karl Lagerfeld had the most intense relationship of his life with Choupette, a fluffy white cat he adopted from a colleague. Lagerfeld said he was sorry he couldn’t marry Choupette – “There is no marriage, yet, for human beings and animals,” he said. “I never thought that I would fall in love like this with a cat.” With her own Instagram account and merchandising deals, celebrity pet Choupette continues to live a life of luxury after the death of Karl Lagerfeld in 2019.

Bubbles, born in 1983, was one of the most famous celebrity pets, a common chimpanzee bought by the American singer from a Texas research facility. Bubbles travelled everywhere with Michael, including to Japan on his world tour in 1987. Bubbles lived at the Jackson family home in Encino, Los Angeles before moving in 1988 to Neverland Ranch, where he slept in a crib in Michael’s bedroom. By 2003, Bubbles had become too large and aggressive, and retired to the Center for Great Apes, a sanctuary in Wauchula, Florida. Jackson and Bubbles were immortalised in a sculpture by Jeff Koons that sold for $5.6 million in 2001.

Singer Ed Sheeran was heartbroken when his beloved rescue cat Graham, known as Baby Ba Boo, died after being hit by a car. Ed tweeted: “He was such a dude. Funny and clever and best mates with a massive German Shepherd. We are going miss you so much. Thanks for all the fun. #Babybaboo.” In 2018 the musician, who is known for his love of animals, set up an Instagram account for his two other celebrity pet cats DAorito and Calippo and allowed fans a glimpse of the duo’s mischievous antics.

Eccentric Catalonian surrealist artist Salvador Dalí created a sofa in the shape of Mae West’s lips, turned up for a lecture in a Rolls Royce stuffed with cauliflowers, and thought he was the reincarnation of his dead brother. But on the plus side, he had a pet ocelot called Babou who went everywhere with him, including on a leash to restaurants and aboard the luxury liner SS France. More unusually, Dalí also spent quality time with an anteater, name unknown, who he walked through Paris on a lead in 1969. He took a smaller version on the Dick Cavett Show in 1971 and plonked it in actress Lillian Gish’s lap. She was not amused.

Actress Tippi Hedren had a huge menagerie of 150 animals, but it wasn’t until the filming of the legendarily bonkers movie Roar in 1981 that she actually moved a nine-foot lion, Neil, into her house. Her then husband Noel Marshall thought it would be a good idea to get her used to working with big cats for the movie, which was a disaster; over 70 people were injured in its five-year making including Tippi’s daughter Melanie Griffith. The process convinced Tippi to campaign against people being allowed to breed big cats as pets.

• So which is the richest celebrity pet of all? Apparently it’s Taylor Swift’s cat Olivia Benson, worth $97m from merchandising deals.
Pu-rrrr!