Celebrity Angel talk about the importance of detecting ovarian cancer early, what symptoms to watch out for and what to do if you suspect you have the condition. 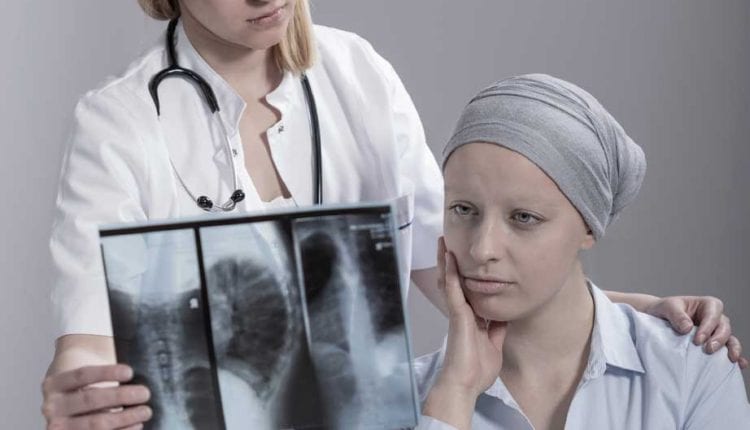 Some 7,000 women are diagnosed with ovarian cancer every year, but the long-term survival outcomes have remained relatively static—and unpromising—for decades. Today, just 35 out of every 100 women diagnosed with this disease survive for 10 years or more and almost 50 percent will survive their cancer for five years or more (source: Cancer Research UK). Why has the fifth most common cancer in the UK for women become one of the deadliest? These statistics have emphasised the importance of teaching girls the best techniques in detecting ovarian cancer early.

As with all cancers, early detection is absolutely crucial. Around 90 percent of women who are diagnosed with stage one ovarian cancer will live for five years or more after diagnosis, compared to just 20 percent and five percent for those diagnosed at stages three and four respectively. However, most ovarian cancers are only detected when they’re advanced, because the disease in its early stages presents with either no symptoms, or symptoms that are often vague and mistakenly attributed to other, less serious conditions. We urgently need women across the country to be more aware about the early warning signs of ovarian cancer—so what are they?

A successful method in detecting ovarian cancer early is to be aware of the symptoms; symptoms that occur frequently in women with ovarian cancer include feeling constantly bloated, pelvic and abdominal pain, a swollen abdomen, loss of appetite, feeling full quickly or feeling nauseous. Other symptoms that may be present include irregular periods or vaginal bleeding after menopause, back pain, frequent urination, constipation and pain during sex.

These are relatively common complaints that—more often than not—are indicative of non-cancerous illnesses. However if they are new, severe in nature and occur on most days for three weeks or more then you could be detecting ovarian cancer’s early signs— you should visit your GP for a check-up. This is especially important if you’re over 50 or have a family history of breast or ovarian cancer.

At your first visit to the GP your doctor will carry out a few common procedures for detecting ovarian cancer, they will gently feel your abdomen and may also conduct an internal examination. If necessary you might also have a blood test to check for a protein called CA125 in your blood, which is produced by certain ovarian cancer cells. However, high levels of this protein are also present in other conditions such as pelvic inflammatory disease or endometriosis, so having raised CA125 levels isn’t necessarily a failsafe technique in detecting ovarian cancer and doesn’t necessarily mean you have ovarian cancer. If you do have raised levels then your doctor will refer you for an ultrasound scan, where an internal or external probe is used to create an image of your ovaries to examine the shape, texture, presence of cysts and whether there is any swelling.

If you are diagnosed with ovarian cancer then your doctor will want to find out how far the cancer has spread and how large it is, in order to best determine the right treatment for you. They do this by conducting a range of other tests that may include X-rays, a CT or MRI scan, abdominal fluid aspiration (where a fluid sample from your abdomen is taken to be tested for cancerous cells) and a laparoscopy, where a thin tube containing a camera is inserted through a small incision in your abdomen so that your ovaries may be examined and a biopsy collected.

Detecting ovarian cancer early can be aided by knowing what aspects of your lifestyle or health history may be making you more susceptible to the condition. Your chances of developing ovarian cancer may be increased if any of the following apply:

Sufferers of this condition, research has shown, have a higher ovarian cancer risk.

Women who have gone through menopause are more likely to develop ovarian cancer, as the risk increases as you get older.

Less than one in 100 ovarian cancers in the UK are linked to hormone replacement therapy (HRT) use.

Smoking can increase the risk of developing certain cancers such as mucinous ovarian cancer.

Worried about your symptoms?

Here’s what you should do:

Write down in a diary any symptoms that aren’t normal for you, noting how often they occur, their severity and whether they’re getting worse. If your symptoms are frequent (more than 12 times a month or occurring for three weeks or more), persistent and new to you then see your GP. Your diary will help you to present a detailed picture of what’s happening and may well be the key to detecting ovarian cancer before it worsens.

If you have enjoyed reading this article on detecting ovarian cancer click here to read more on Celebrity Angels about making a breast examination part of your daily routine.

Wound Care for Legs and Feet