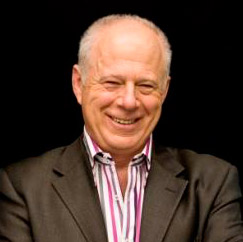 Matthew Fort is an established food writer and critic, and was Food and Drink Editor at The Guardian from 1989 – 2012. He has also written for Esquire, The Observer, Country Living, Decanter and Waitrose Food Illustrated. He began his food writing career in 1986 when he started a column about food in the Financial Times Saturday Review. Prior to this, Matthew Fort worked as a copywriter and creative director for a variety of advertising agencies. He has written for a wide variety of British, American and French publications. In 1992 he won the title of Glenfiddich Food Writer of the Year and, in 1993, Glenfiddich Restaurant Writer of the Year, as well as The Restaurateurs’ Association Food Writer of the Year. He was Glenfiddich Cookery Writer of the Year in 2005.

Matthew Fort, who attended Eton College and Lancaster University to study English and French, has also published a number of books published: Rhubarb and Black Pudding (1998), about the Bolton-born chef Paul Heathcote and his Michelin Starred Longridge restaurant and the recipes and suppliers who played a pivotal role in the success of the restaurant. Eating up Italy: Voyages on a Vespa (2004) and its sequel Sweet Honey, Bitter Lemons (2008) which document Fort’s gastronomic voyage through Italy, the rich connection between history, tradition and cuisine—and the people who produce it. Eating up Italy was the Guild of Food Writers’ Book of the Year in 2005, and Sweet Honey, Bitter Lemons won the Premio Sicilia Madre Mediterranea in 2009.

Recent television series include Greatest Dishes in the World and The Forager’s Field Guide. He also co-presented Market Kitchen with Tom Parker Bowles. From 2006 – 2015, Matthew Fort was a judge on the BBC television series Great British Menu, where top British chefs compete for the chance to cook one course of a four-course banquet.

For Celebrity Angels, Matthew Fort edited Drinks Hamper, The No. 1 Consumer Guide to Wines and Spirits for the Festive Season in 2015.