There’s no doubt we are a nation of pet lovers, but do you know the health risks your pets can expose you to! We round up some of the biggest risks. 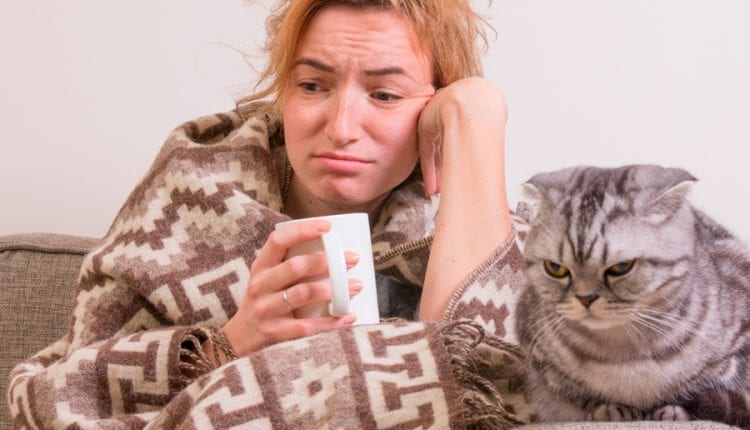 There’s no doubt that the UK is a nation of pet lovers; statistics from the charity People’s Dispensary for Sick Animals (PDSA) show that 49 percent of us own a pet—25 percent a cat (giving a total of 11.1m cats in the UK), 24 percent a dog (8.9m) and two percent a rabbit (around 1m).

There are also significant numbers of other pets including indoor birds, guinea pigs, hamsters, rats, ferrets, gerbils, tortoises and turtles, horses and ponies, lizards and snakes, frogs and toads and even insects

Studies show benefits of owning a pet, ranging from mood improvement and stress reduction to improved recovery rate and allergy prevention, but while pets can benefit our health in a number of ways, they also have the potential to cause human illness. Your fluffy feline Mr Snookums may not be planning to harm you deliberately, but pets can have an adverse effect on your health and that of your children.

So what are the main risks and the warning signs to watch out for?

Allergic reactions to pets (commonly cats or dogs, but also horses, rodents, reptiles and birds) is caused not by their fur, but by proteins in flakes of their dead skin (dander), saliva and dried urine. Shed pet fur can, though, carry pollen,

dust mites, mould and other allergy-causing substances. Cat allergens are particularly persistent and can remain in homes long after the cat is no longer there.

Symptoms of pet allergies can include sneezing, coughing, eye irritation, eczema and even anaphylactic shock.

It’s the most common cause of infectious diarrhoea in the UK, but infection with Campylobacter is rarely life-threatening. It’s a common cause of diarrhoea, cramps, abdominal pain and raised temperature. Individuals with weak immune systems, young children and the elderly are most at risk.

Although most cases of campylobacteriosis are caused by exposure to contaminated water and food such as meat and eggs, it can also be contracted through exposure to the faeces of an infected animal, notably dogs and cats. It is most common in puppies and kittens younger than six months, but around half of stray animals carry the bacteria and shed it in their faeces.

Dogs and cats can be infected by tapeworm, roundworm or hookworm if they swallow infected fleas that carry worm larvae while grooming. It’s not common for the worms to be passed to humans, but it can happen, particularly when a child swallows an infected flea.

The hookworm parasite can be shed in the faeces of animals, and humans can contract it by coming into contact with infected faeces or contaminated soil and sand where such faeces have been.

Roundworm infections can usually be successfully treated with medication. One of the most common is toxocariasis. Most people infected with it do not develop symptoms, but it can cause inflammation and vision loss in one eye (ocular toxocariasis), or abdominal pain, fever, fatigue and coughing due to damage to various organs (visceral toxocariasis).

Ringworm, actually a fungus, can be transmitted from dogs to humans, though it is rarely serious except in children and people with suppressed immune systems.

Salmonella is commonly carried by reptiles such as snakes, lizards and turtles, and can be easily contracted by humans simply by skin-to-skin contact.

Symptoms include diarrhoea, raised temperature and abdominal cramps, and can last four to seven days. Most people fully recover without treatment, but others may need to be hospitalized.

Though the rabies virus is not present in wild or domesticated animals in the UK, it is present in dogs, cats and wild animals such as foxes or bats elsewhere in the world, particularly in Asia and Africa, so your pet could catch it if taken abroad. Symptoms in animals include excess salivation, paralysis and unusual shyness or aggression.

It’s an extremely serious disease which kills 59,000 people worldwide every year, attacking the nervous system and causing fever, paralysis and, if untreated, death, so if there is any suspicion of infection in an animal or anyone bitten by the infected animal, immediate medical attention to both animal and human is required.

So-called ‘parrot fever’, psittacosis or ornithosis, can actually be carried by all birds, including parrots, parakeets, macaws, cockatiels and poultry, particularly turkeys and ducks.

It’s a bacterial disease which can be contracted by humans through inhalation of birds’ urine and faeces. Symptoms include high temperature, nausea and vomiting, diarrhoea, fatigue, chest pain and shortness of breath. Severe cases can progress to inflammation of the brain, liver and other internal organs, reduced lung function and pneumonia.

Between 25 and 50 cases are confirmed in the UK each year (Source: http://www.gov.uk), but once diagnosed correctly the condition responds well to antibiotic treatment.

Toxoplasmosis is caused by a single-celled parasite found in undercooked or contaminated meat, and also in cat faeces—not through skin contact, but by accidental ingestion.

Though it rarely leads to symptoms, when it does these may include swollen glands, muscular pain, and in severe cases damage to the eye, brain and other organs.

Cute little kitties love to scratch and don’t always mind whether it’s a door post, a sofa or your leg they’re destroying. It’s usually not aggressive behaviour—it’s mainly territory marking—but scratching and biting can pass on a bacterium called bartonella henselae, which around 40 percent of cats, most commonly kittens, carry without showing symptoms.

CSD, or bartonellosis, can cause swelling, pain and tenderness, and in severe cases headache, fever, loss of appetite and fatigue. Children under five and people with weakened immune systems are most likely to experience severe symptoms, but most can be treated with painkillers and anti-inflammatories until the infection subsides.

CSD seems to be much more widespread in the USA, where a major study was published, than it is in the UK, where the NHS advice is “While cat owners can be reassured that their pets are unlikely to kill them, everyone should know about hand washing and safety around pets.”

Tetanus is rarely a problem with animal bites, as an effective tetanus vaccine is given as part of the NHS childhood vaccination programme. In 2016, there were only four cases of tetanus in England.

Despite some widely-reported cases of long-term damage to extremities, this is rarer than scare-mongering ‘Killer Kitty’ headlines might suggest.

So, what are the top tips for preventing pet-related health problems and making sure we can share our homes in safety?

Common And Serious Conditions In Pets

12 Ways to Solve the Crisis in GP Practices