Sudden, unexplained weight loss can be the result of a life-changing or stressful event, although it may also be a sign of a more serious illness. 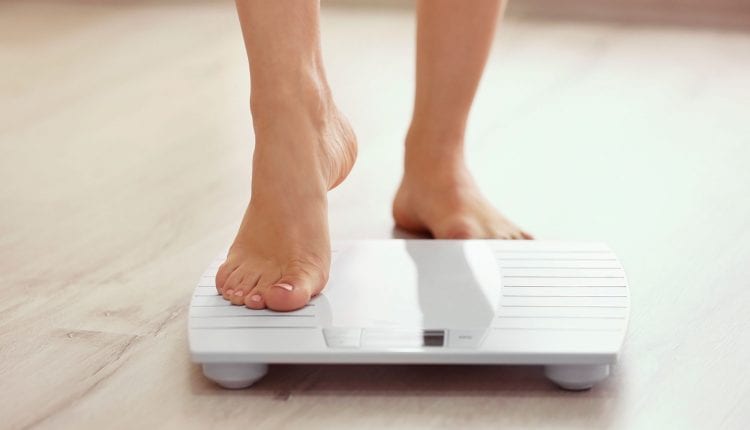 Body weight fluctuates—even daily—but the NHS references the persistent, unintentional loss of more than five percent of body weight over a six to 12 month period, as a point for concern.

Taking note of any other symptoms will also help to determine the cause of unexplained weight loss. Here are six reasons that you could be losing weight.

An overactive thyroid, also known as hyperthyroidism, develops when the thyroid gland produces too much of the thyroid hormones.

Found at the front of the neck, the thyroid produces hormones that affect many functions in the body, including metabolism. Hyperthyroidism can cause a person to burn calories quickly, even if they have a good appetite. Over-treating an underactive thyroid can also have this effect.

Depression is defined as feeling sad, lost or empty for an extensive period of time. There is a wide array of symptoms and these often interfere with daily activities, such as going to work.

Depression affects the same parts of the brain that control appetite, leading to a poor appetite and eventually, weight loss. However, depression may also increase a person’s appetite, as symptoms vary from person to person.

Rheumatoid arthritis is an autoimmune disease that attacks the body’s joints—commonly the hands, feet and wrists. Diagnosing the disease quickly can reduce the risk of further problems, such as joint damage.

RA causes inflammation, which can speed up the metabolism and reduce weight. People with RA can also experience muscle wasting—reduced muscle mass and strength—that lowers their weight.

Cancer is when cells in a specific part of the body grow and reproduce uncontrollably, invading healthy tissue and organs.

One of the first signs of cancer may be unexplained, significant weight loss. This is most common with cancers of the lungs, stomach, pancreas and oesophagus. Cancer promotes muscle wasting due to inflammation, and disrupts appetite hormones. It may also increase the body’s resting energy expenditure, increasing the amount of energy burned at rest.

Type 1 diabetes is a lifelong condition where the immune system attacks and destroys the cells that produce insulin, causing sugar levels in the blood to become too high.

The body removes unused glucose through urine, removing calories along the way.

Inflammatory bowel disease, or IBD, is a term used to encompass chronic inflammatory disorders such as ulcerative colitis and Crohn’s disease.

This inflammation of the digestive tract puts the body into a catabolic state where it is constantly using up energy. Symptoms such as nausea and abdominal pain, as well as sufferers having to avoid certain foods, may also lead to weight loss.

Limited Screen Time For Children Has Been Linked to Better Cognition

Do You Know the 14 Symptoms of Coronavirus?

What is the Coronavirus R-Number Where You Live?

Turning Back to Plants for Natural Healing